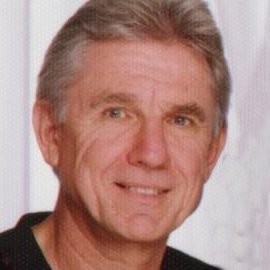 Nickolai Walker: [00:00:04] Hello, hello, thank you for joining us here in the studio, I of course, I’m your host, Nickolai Walker. We are joined today in studio with Casey Kleindienst, who is the director of Supply Chain Management, and he’s currently a professor at Cal State Fullerton. So, Casey, I want to dive right in straight away this time and ask you, what do you think is the first step in managing expectations? Is it finding out what the other person knows and does not know?

Casey Kleindienst: [00:00:31] Well, that’s always the case. You know, know who your audience is, right? Know how they communicate, how they like to communicate.

Casey Kleindienst: [00:00:41] We both agree that there is great benefit in fixing a ticket or making an improvement. There’s benefit.

Casey Kleindienst: [00:00:55] And so we sell that benefit. But we have to be realistic about the exact value and then  the exact cost and the exact time. Now, we don’t have all that information, but the deeper you go into it, you then start to see progress and you can determine whether you’re going to have to make some alterations and extend the time or take some shortcuts, compress the time. When you do that and it’s different than what you’ve left your stakeholder with, you’ve got to go back to the stakeholders and say, look, I want to bring you up to date here. This is what’s going on. We discovered something and it’s going to push the timeline out. Well, I think in the proposal, you’re setting out as much information as you have, right? Whether it’s for allocation of resources or whether it’s because some other activities are going to be tied to it. So there’s a framework. There’s a basis established at some point and in that is going to be…

Etienne de Bruin: [00:02:11] So I think this, again, ties into the truth where, if you’ve learned about the expectation they have, you marry that with all your data and all your expertise, you then manage that by saying you think it’s going to take two months, I’m thinking more like four months. Then as you deal with the fallout from that conversation, then the idea is not that when three and a half months come, you’re like, oh, hang on, I need two more months. It’s more like the minute you learn from the data that comes back, you’re like, hang on, this whole hornet’s nest was uncovered. This is definitely going to add another six weeks to the project. Now, that’s going to take five and a half months. And now you’re managing that expectation.

Casey Kleindienst: [00:03:13] It doesn’t mean, you know, you drop everything and you run. Maybe there’s already an appointment set up. Maybe it’s going to be two days from now. Well, OK, you can use that.

Casey Kleindienst: [00:03:28] But it’s so you’re not looking like your hair’s on fire. You know, you want to come in there fairly calm and assured, so that you’re not going there and, you know, apologizing for anything. You don’t make excuses and you deal with it in an objective way and then, you know, be ready for questions, right?

Casey Kleindienst: [00:04:00] When did you find out? What was what was the event or issue that came up that caused you to, you know, extend the line on this? You have to have something reasonable to talk about in that.

Casey Kleindienst: [00:04:24] Or maybe, you know, I keep thinking of project management as the same thing, like when Six Flags decides to make a build a new thrill ride at one of their theme parks, Six Flags, Magic Mountain. And so they’re going to market this and promote this new thrill ride far in advance of opening day. And so they have to excavate the ground to build a foundation that might go a hundred feet deep. Well, they keep core samples and they get geologists, they’ve got maps, they don’t know what’s under the ground until they start putting shovels and they start going in and then they find out what it really is.

Casey Kleindienst: [00:05:23] But it doesn’t stop them from setting schedules and knowing what the limits are, what the parameters are. I can’t imagine launching any job without having an end date established. That’s why I said early on. I said, tell them how much time they have. If you don’t, it will go on and on and on and on. And if you do, then you now have something that everyone knows what the expectation is.

Nickolai Walker: [00:05:56] So just for clarity, managing expectations is not making promises, right? So if I say, what is your expectation? And they say our expectation is that this new version will be launched in two months..

Casey Kleindienst: [00:06:09] You know, maybe they don’t mean it, but maybe they get a lot closer to it than if they didn’t have anything at all, because they’re, you know, picking their nose.

Casey Kleindienst: [00:06:21] That’s what’s going on. You have to give the mind a target, you know, for when I have to get this done because it’s labor. And yes, they find out once they start digging into the ground. They find out what they really have. But it doesn’t mean that they aren’t expected to get through that.

Casey Kleindienst: [00:06:59] Otherwise, you invite extension. You invite it.

Casey Kleindienst: [00:07:10] But you don’t have to. You have every right to to ask for something in a specific amount of time, even if you don’t know how long it’s going to take. Because nobody will know how long they have to do it. It’s just a cultural thing.

Casey Kleindienst: [00:07:29] And you’re a business manager. You’re not the guy in the rubber room anymore. That’s your world. You’re the creator. You know that there is no way to corral this thing. And I’m saying, but you’re a businessman also, and you’re paying him a salary.

Casey Kleindienst: [00:07:51] And if it takes longer, you’re paying them more. So you have a right to tell them how much time you’re going to give them.

Etienne de Bruin: [00:08:08] It’s such a resistance to this thinking from software developers.

Etienne de Bruin: [00:08:19] Well, I think the idea that you’re adding a constraint, I mean, the first argument would be that it’s arbitrary. Again, people tend to say, well, it’s an arbitrary estimation because it’s impossible to know. The time sets an expectation that can be managed. If there is no time, there’s just an expectation of completion, well, then when is anything complete?

Nickolai Walker: [00:09:37] Oh, my goodness, there are so many great little Casey-isms, as I call them, or Casey nuggets. Things that our in-studio guests will say that I just love. And I love the expression ‘burning daylight’ because my father used to use the exact same one. So I get it.

Nickolai Walker: [00:09:55] I do want to thank our guest, Casey Kleindienst. He’s the director of Supply Chain Management. He also was Etienne’s boss and he is currently a professor at Cal State Fullerton. Now, this particular episode, we’re going to divide into two parts. So the next episode after this will be the second part to this. You can get more of those Casey-isms in Casey nuggets. Now, if you would, please go check out his LinkedIn, that would be appreciated. Also, if you would, please go check out 7CTOs.com. And as always, please subscribe to the podcast here in iTunes. We will see you next time with part two of this episode, Managing Expectations.