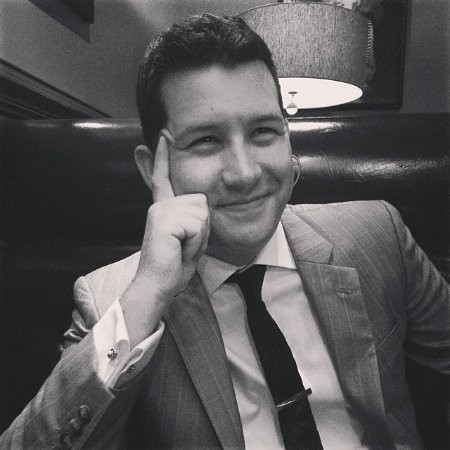 Jonathan LaCour, CTO of Mission. Mission is an AWS partner providing DevOps services and my go to friends for infrastructure questions.

Nickolai Walker: [00:00:11] Hello, hello, welcome back to the studio, I, of course, am your host, Nikolai Walker, on the mic and in your ear, my favorite place to be, if you know anything about me. Now, we are joined today in studio by Jonathan Lacour. He is the CTO at Mission, an AWS premier consulting partner. And I want him to help me understand something, with all of the things that are available to us right now, is there a great benefit from going serverless? Jonathan we’d love your input right here, right about now.

Jonathan Lacour: [00:00:45] And LAMDA is the new delite for the developer. Right. Remember that aha moment with docker, with developers 15 years ago or however long it’s been 10 years. That’s what LAMDA is now, in my view. Right. It is super exciting. It leaps above and beyond the excitement that I got when I first tried Docker as a developer. Now, Lamda really gets me excited. Right. And I think people would be more, I think, investing in that and serverless is actually, you know, a better use of your developers’ time.

Etienne de Bruin: [00:01:19] I think with LAMDA you’re tying it to a port or an axis. Like it’s kind of like an API endpoint. Right? or other other types of lambdas?

Jonathan Lacour: [00:01:30] So the simplest way to put it is that lambda is a chunk of code written in some language that’s supported by us or by some custom runtime for Lambda that can be triggered as the result of an event. So it’s event driven. That’s a key thing. Now you can build a Web service on top of LAMDA. You would wire it up to the API gateway in AWS and the event would be that I received a request. An HTP request and then you can that receive that event and lamda and process it. But the event can be any any number of things that happen inside of AWS. So things like a new object has landed in this S3 bucket.

Jonathan Lacour: [00:02:21] Exactly. Something came off of a queue or something happened in my Kinesis dream.

Etienne de Bruin: [00:02:26] I actually had a I when I called it a little tool a few months ago, Aslak command that was taking more than three seconds to execute the Lambda access through HTP. And so I had to then introduce the messaging service so that we could get the OK back to Slack as quickly as possible and then pass along the necessary information to a lambda to then respond back to slack when this command was done. And I did that all through lambdas and it was it was wonderful. I felt like a badass.

Jonathan Lacour: [00:03:08] It really is super empowering to just be like, wait, I just write the code and then tell it when I wanted to execute. It just happens. Yeah, that’s all you do. Well, how do I scale it? Well, it just scales. Yes, there are nuances and complexities and yes, there are all sorts of caveats all over the place. But for like a significant amount of stuff that your typical engineer or developer does, a lambda is just like very much one of those, you know. Aha moments.

Etienne de Bruin: [00:03:39] Yeah. What I found particularly liberating with lambdas is just the the IO layer or whatever gets handled for you. So you basically have your entry point and you just have all this the, the structures that you can deal with you, you extract what you can, you do something with it and then you just pump it back out to the IO. And I found that to be quite refreshing so that you you’re not actually also building those layers into your you know, into your app or, you know, even even into your docker container. You’re still building all those layers in there with LAMDA. You just kind of you don’t have to worry about any of that. You just you just build that. You just that all gets taken care of for you.

Jonathan Lacour: [00:04:37] Yeah, it would be you know, it’s really interesting you mention that, because the way I often like think about this is if you’ve ever had a home and had to do renovation or had to do like, maybe you’re deciding, you know what, I’m going to redecorate my home. I want it to look different. And the thing that’s going to delight the people who walk out of my house is, you know, new paint on the wall or new furniture or whatever. Right. But it would be like walking in and being like, oh, now you know what I gonna to do in order to start I’m going to start with building out all of the plumbing and electrical in my house. That’s what a developed like when you’re doing things like building out queuing systems and stuff, it’s like you’re building plumbing, stop it. Right, like paint the wall, put it in the couch. Right. That’s what you’re trying to get to you. And you’re sitting here and you’re building the plumbing. It’s like the plumbing should be done by somebody else for you and handled right. Don’t don’t do that.

Etienne de Bruin: [00:05:43] At least as someone who did that for the first time, the joy I did feel was that I was plugging into a genuinely powerful super highway of IO, and I could just tag all these little functions into this massive stream and and that becomes, you know, that just becomes the fun part of writing this this code. Now, I haven’t done it to the degree where I’ve had to run stuff locally, like, you know, mocking the event locally. So I don’t know if that’s a pain in the ass, but at least for the I would call them almost scripting projects, even though I did them and go, it still felt like little scripts I was writing to just handle some stuff.

Jonathan Lacour: [00:06:36] Yeah. Interestingly, it’s like we talked about the kind of developer experience of Docker and really making it resonate. And I compared that to LAMDA. And I think it’s fair to a degree, it’s fair in the results side. But the developer experience of LAMDA when it comes to things like that, like running things locally and like what’s my development kit and all of that? There are good answers to that, but it definitely has taken a while to get there. And I would say the thing I always refer to people, too, is things like the surplus framework. There are basically opensource third party frameworks out there.

Etienne de Bruin: [00:07:07] So Serverless is wonderful. I was, uh, there was a tool that that our customers support. People wanted to use one of those multiple inboxes tools where everyone can sort of process the same emails. And there was some Web hooks, but they wouldn’t handle the authentication against an API. So you couldn’t modify the headers. You couldn’t. So I kind of had to create in this case, I created a Google function to just do the authentication against these third party servers so that I could bring in the necessary and then the formatting on this tool was also really bad. So I just did the pre formatting, the cleaning up of the JSON array and then sent that back. And so I did that as a Google function. And again, just so wonderfully quick and crisp and clean and just a wonderful way to do that. But as far as the local development goes, yeah, I was able to mark a lot of that with the Serverless framework. And then also the Serverless framework gets you going and kind of with a little templates and all that. It’s just lovely. I love it.

Jonathan Lacour: [00:08:33] It reminds me back of the early days of, like, rails. When it was like, oh, cool. Like I just ran a couple of commands and it like generates all the scaffolds and I’m good to go. I remember when that was like the hot thing. Like the honestly some of the biggest leaps in technology have been when you really hone in on that developer experience. Like empowering developers to do incredible things quickly and not have to worry about stuff. That’s how all my favorite technologies have been. Rails has been one of my favorite technologies. I’m a Python guy, so I used other things that were in that vein. But I always had a great deal of respect for sort of rails, for innovating in that area. Am I the most powerful thing in the world? No, not I don’t handle every single corner case and, you know, every single thing in the world. But at the end of the day, my developer experience is second to none. You run a few commands, you have a fully functional application, and that’s what Serverless framework can help you with. Things like Amplify, Docker, you know, all of these things that have been the most effective and most exciting bits and pieces in technology in the past twenty years have really been things that make developers lives awesome.

Etienne de Bruin: [00:09:39] And I think that part of that is that feeling that I’m reflecting on is when I started doing Rails, generators and all that. There was just a feeling that I wasn’t trying to do it my way. I was just doing it the right way. There was no debate about when you set up your API sort of methods and all that. With the generators, it was just done correctly. So I didn’t have to worry about, am I doing it in some weird, obscure way that no one else is understanding. And and I even find that with 7CTOs, the journey to just best practice or what are other people doing? It’s real, man. I mean, in this technical tsunami, I mean, people do not know if am I doing it right. You know, and I think this goes back to the Kubernetes thing. It’s like, whoa, shit. Everyone’s talking about Kubernetes. I should be doing it. No, you shouldn’t be doing that.

Jonathan Lacour: [00:10:48] Yeah. I mean, should you understand it to it enough of a level to know whether or not you should use it? Yes, but should you be doing it just by de facto, because everybody else is? No, that’s that’s yeah, exactly. It’s not the logical answer, right. I’m totally with you.

Nickolai Walker: [00:11:10] Thanks again for joining us here in the studio, and thank you to our guests, Jonathan Lacour, who is the CTO at Mission. So if you would, please do us a couple of favors. Number one, subscribe to the podcast here that’s available in iTunes. Also, go check out Missioncloud.com And check out 7CTOs.com. And we will be back next time with another interview with Jonathan Lacour and Iot being built for Etienne’s hot tub. Stay tuned.