Ep.123 When Simple Concepts Unravel In The C-Suite 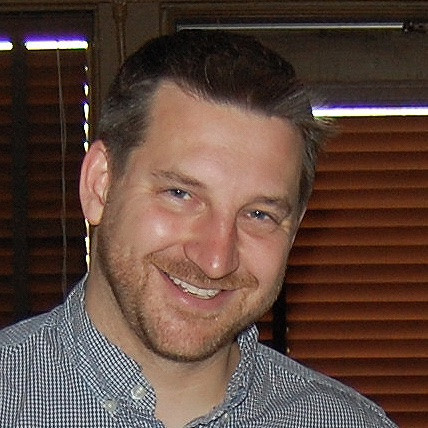 Nickolai Walker: [00:00:11] Hello. Hello. Welcome back to the CTO studio. I, of course, am your host, Nikolai Walker, on the mic and in your ear, my favorite place to be if you know a damn thing about me. Now we are joined again in studio by Aaron Longwell, who’s the director of engineering for the Justice Sector Support Program Afghanistan. And he is building the app that hosts all of the Afghanistan legal system. Now our next interview with him we’re going to focus on that but in this interview we’re going to talk about when simple concepts unravel, such as when you’re having a discussion with your wife and she decides that you’re a lazy thinker, or is that what happened Etienne? Here we go.

Etienne de Bruin : [00:00:55] My wife recently, we were having an argument. It was, you know, apt because we’re at the dawn of an election and this podcast will go out long after whatever’s going to happen. And we took opposing views on us on a pretty hotly debated issue. And my premise for what I thought was very simple, I just felt like, OK, if it’s X, then I cannot support Y. So very simple. But but supporting X was controversial, so I was doing like and I’m sorry to speak in sort of abstract terms, but I don’t want to go into what it was. But X was a controversial statement. And so my wife was like, that’s just a dumb thing to say. And for me, it was no in my logical brain, you know, the problem is further upstream. So that’s what needs to be addressed. And she’s like, no, the problem is further downstream. So whatever. But she then makes a statement when things were really heated, and she says, you are a lazy thinker and I am not going to debate the lazy thinker. And I was just like, what are you doing to me right now? And, of course, my initial response was, no, I’m a supremely intellectual, amazing deductive deconstructive, phenomenal,  Computer scienc-y, logical, philosophical person. Don’t ever say I’m a lazy thinker. But then I realized that I wasn’t putting the work into thinking before I was speaking, I was I was just saying things. Because intuitively, I know it was correct and I knew that intuitively that did vibrate with my being. But in terms of communicating it, it was clumsy and it wasn’t a clean well thought out argument. So in terms of like a strawman argument, like I put something out there and then she was now debating that and I was sitting back saying, OK, I’m going to observe how that goes, and then I’m going to make up my mind.

Etienne de Bruin : [00:03:34] And so coming back to my Alpha Beta Go Live conversation, I think that oftentimes we say things and we want people to understand and believe it, and especially at the CTO level where you feel like you write lists and you talk more and I’m not saying all actors are like this, but a lot of what we do, like you said, is communication. And maybe at the dev level, it’s through code and at the senior level it’s through words and inspiring. And so I think if I had gone pen to paper, keyboard to Google doc and organized my thoughts and written out the plan, I would have taken simple concepts, and instead of trying to defend them against another human who didn’t understand what I was saying, I would have fleshed things out on black and white. And then when we speak and when I communicated it, it wouldn’t have been in words land. We would all be looking at this document I created and then debating this third thing. As opposed to a just US thing. So I wonder sometimes as leaders and as CTOs, I know my sister, who works for Amazon, mentioned, you know, the PR or the press release style, everyone’s reading. So you’re having these arguments with yourself, fleshing things out with yourself fefore you start lazily taking some sort of position when you now are defending your being to other people.

Aaron Longwell: [00:05:24] It’s I mean, it sounds like what you’re saying is you. It after your conversation with your wife, you realized the weakness of your presentation, but still had like strong commitment to the substance of what you were saying, that the substance didn’t come through because of how it was packaged, and that if you could have packaged it a different way, it would have the conversation would have gone more successfully.

Etienne de Bruin : [00:05:52] The substance was like the broccoli that your kids don’t want to eat. So I think packaging is one thing, but what I’m trying to say is, and sometimes you can call it half thoughts or clumsy ideas or verbal processing, which I think is a way of saying lazy thinking. Because you’re pulling in the other person into your disorganization and because you are perceptive and you’re using your ninja skills to read the room, you can sort of adjust. And at its best, it’s wonderful communication skills and facilitation at its worst it is just unprepared. Half lazy ass thoughts. And so my wife, after 25 years of marriage, said to me, she’s done with that, she’s not debating that person anymore. And I was I was very hurt. And so anyone listening to this, if you want to email me and just. I think I’m better. So we were very I was very upset with her, and then about a year later. No a day later, I was actually in a coaching session. And as the person was talking to me, I was like, oh she’s right. She’s absolutely right.

Etienne de Bruin : [00:07:27] And so this thing in my business world then translated into a simple concept. It’s a hard pill to swallow because I am asking this CEO to change course on something that does redefine some terms that we’ve been using along the way. And I communicated that through a conversation. Here’s what I think we should do. We should do alpha internal. All the employees should test the product. And we do Beta and we invite the customers, a handful of VIP people to try it out. Then we have a migration plan and then we bring everybody in. And but there was just the simplicity of that. There were so many unanswered questions that I think if I had spent some time just saying had great, if I have that premise, this is the potential implication, or I could have just asked a question. I’m not saying I have to come up with all of it, but I am doing the hard work and I think respecting the other party by saying I want to be more prepared when I make this case to you.

Aaron Longwell: [00:08:54] I don’t know, I relate to what you’re talking about. So I started my career and I worked at a company of startup for a short time, and it failed. And I ended up going freelance to do work for them. So I sort of got this shortcut start to my freelance career. And because I started in freelancing, I always paid really close attention to my hours. And I would get feedback from client like I remember an early one. A client didn’t want to pay for a bug fix, which in retrospect is just absurd, you know, crazy thinking, because bug fixes is about half of what the rest of my career was probably spent doing. Some of some of mine, many of other other have shops that came before me. But I got in this mindset where the code writing and not just code writing, but good quality code writing was the work and everything else. Emailing the client, oh, I finished this thing, you know, calling the client and talking to them about requirements. That wasn’t the work. The work was the code, and that was the that was the value. And so I spent a lot of time undervaluing, like I wouldn’t prepare for a client call and I wouldn’t come out of a client call.

Aaron Longwell: [00:10:14] Oh, I should diagram that, send it back to them and see if they agree with my perception of what that thing is. And I hit like over, you know, the last several years, kind of the earlier transition I was talking about, just like realized how how much time you save if you get that communication right from the start. Like if you don’t just blindly assume that you’re being understood when you’re talking and just verify that, you know, I mean, it’s everything from in the conversation. And, you know, working on international projects with a language barrier where a translator is involved actually helps with this because it makes you slow down and listen to what people say in between. But like even in one conversation, just like ask questions that verify that the person understood something the same way you understood it, like is the deadline X or is it Y? It’s so simple, but it’s hard to do. And it’s really hard for people like us to do it, especially if you have this bias like I did, that the code is the real work. This is let’s get this meeting out of the way. This is not the important part.

Etienne de Bruin : [00:11:23] Yeah I worked with an engineering team recently where the way they were managed as if the code was the work they did and how shocked they were when I started, including them in some collaborations and hey, I know you can code and I know you can address this ticket, but I want to know what you think is the way we should do this. And it was shocking.

Nickolai Walker: [00:11:55] All right, gentle listener, that is our show for today. Thank you again to Aaron Longwell for joining us. He is the director of engineering and is tasked with building the app that hosts all the Afghanistan legal system. In the next interview with him we are going to get into the meat and potatoes of what that fight to build that legal system and what things he can and cannot talk about. If you would, please go check out Aaron’s LinkedIn. If you would also go check out 7CTOs.com. And then before you get done with your computer, if you’re ever done with it, go ahead and subscribe to this podcast here in iTunes. As always, we will see you next time.